Out of 350 odd species of termites, only roughly 20 of these are problematic to homeowners. These insects are part of the recycling system mother nature has in place but since we don't like our houses recycled and tilled back to organic soil and nutrients, we prefer to remove them. Termites , or "white ants" so called due to their light colouring and ant-ish appearance,like dark places and rarely come out to play on a sunny day. Instead you'll find them hunkered down in between timbers having a good old munch, covered in a very thin wafer like layer which is their protection from the outside world, or sometimes you might find them in tubes made from mud and dirt. Sometimes , depending on the time of the year, home owners might find flying termites hanging around. This is not an indication that you should mount a full scale war against these tree-munchin, hippy insects, rather that they're just keen on having their annual fly about and stretching their wings. This will indicate a termite nest near by in all possibility, but it could just be that old stump that got hit by the lightning back in the year 596 B.C.

Can destroy entire house in about 2-3 years

Help the food chain by recycling wood for the soil

Ants are a social insect that live in colonies called Nests. They have several 'castes' much like humans, and each caste has a specific duty to the colony. Ants feed on a wide range of foods from those found in the sugary excretions of plant bugs to those found in your very own home! They are among the most frequently encountered insects in and around the average home. They have been on earth for around 130 million years, so they've been around to pester dinosaurs as well as us humans. They have managed to colonize every continent on Earth save for Antarctica, and have even made their way into outer space in numerous space programs! Ants have evolved several methods of defense ranging from spraying formic acid on their victims to massive jaws for biting to various types of poison. Many animals can learn behaviours by imitation but ants may be the only group apart from mammals where interactive teaching has been observed, so these aggressive little pests may not be as dumb as you think they are!

Lift up to 50 times their own body weight! 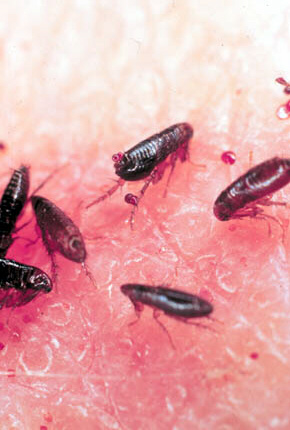 Fleas are one of the most significant conveyors of disease to humans and animals known! Over the last thousand years or so, countless millions of people have died because of a disease transmitted through fleabites. They've carried the Bubonic Plague, Typhus, Intestinal parasites such as tapeworm, and can even create their very own form of allergic dermatitis. A massive achievement for a creature that's less than 2mm long.

There are more than 2000 flea species.

They can perform the human equivalent of jumping over St. Paul's Cathedral in London...not just once but 600 times an hour for three days in a row!

Fleas can jump around 350 times their own body length! 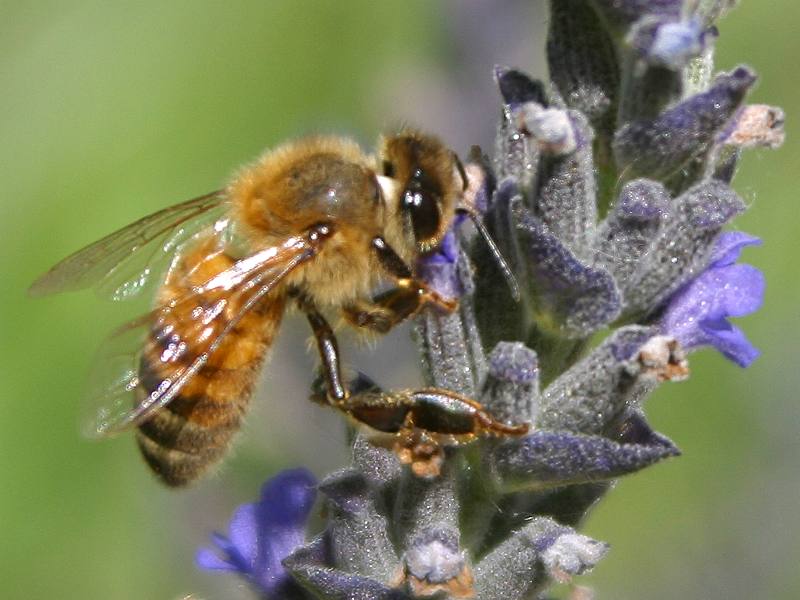 Honeybees are the only bug (on land anyway) that is directly making food for humans. They live in massive colonies called hives. Aside from the food they produce for us, they also provide a wax that is quite useful in crafts, lubrication for machines, health and beauty products, furniture polish, and many other every day items! When a bee lands on a flower, it collects pollen from that flower to make honey. Pollen that is not packed on the back legs stays on the other hairy parts of the bee until it falls off onto the next flower the bee lands on. That pollinates it so it will produce seeds for the next generation of that plant. About one-third of the total human diet comes directly or indirectly from insect-pollinated plants (fruits, legumes and vegetables). Not bad for a tiny critter like the bee, eh?

Have a life span of only about 6 weeks during honey production periods!

usually visit between 50-1000 flowers a day per bee, but can visit up to several thousand flowers for each bee! 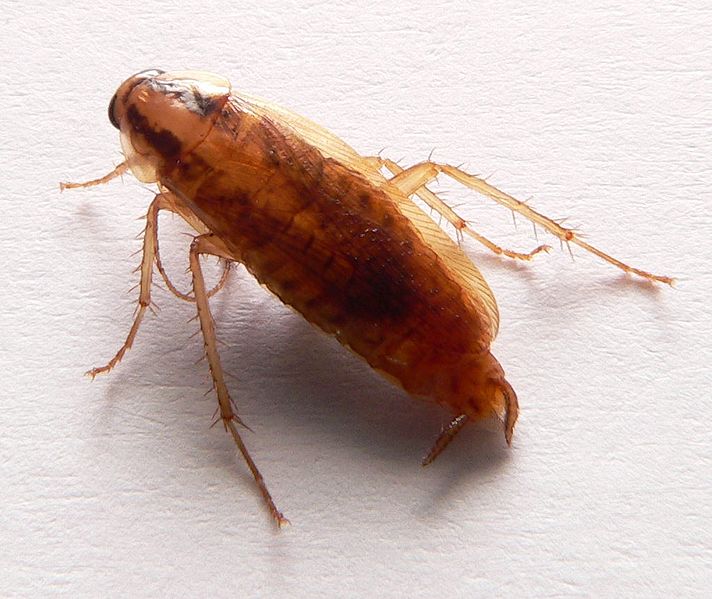 Cockroaches are the most common pest of houses and restaurants in Australia. Over the years several species have learned to cohabitate with humans in many areas, such as homes, on ships, food production, and storage areas. Some species inhabit sewer systems, drains, and compost areas. Contamination of food and equipment is frequent. Some pest species of cockroach have contact with human and animal feces as well as contaminated food. This makes them a prime host for bacteria and other organisms and can make them a very dangerous pest to have around food preparation areas. Many diseases have been found on and in the bodies of cockroaches. These include organisms which cause food poisoning, gastroenteritis, dysentery, hepatitis, and tuberculosis. The pest species eat a wide range of foods, so most domestic situations are attractive to them. They'll eat crumbs, dried liquids on carpets, hair, and even starchy bindings on books or wallpaper glues.

Have been around on Earth more than 300 Million years!

Can live without food for a month, but will only survive a week without water

Can generate up to 35,000 offspring per year per female!

BORERS
Damage to houses is significantly less by wood boring insects than what is caused by the termite. The identification of the cause of any damage is an essential first step for householders in deciding the appropriate control measures. There are 5 common types of borers, all beetles. On the surface, they all produce similar damage: Round holes around 1.5-2mm in diameter. Pinhole borers attack the moist wood of recently felled trees and moist freshly sawn timber. The female beetles bore deeply into the wood to lay her eggs, but do not actually feed on the wood. They do however deposit fungal spores in the holes they bore. The fungus that develops form the food of the young larva when they hatch. Powderpost beetles prefer air-dried sapwood. The female beetle lays her eggs in the pores of wood. The larva feed on the starchy parts of wood reducing it to dust.
Did you know?
Each species of beetle prefers a specific type of timber and rarely move outside that range.
Some damage caused by borers may not be directly from the insect, but from a fungus they carry!

Some species can cause Defibration: A condition caused by a chemical breakdown of the cell walls of the wood, leaving nothing but fibres. 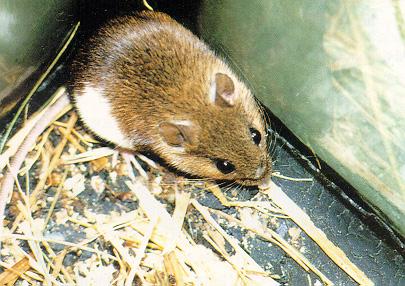 There are three rodent pest species in Australia, all three are introduced species. Once inside a building, they often make their nests in walls and roof cavities. The nests are usually composed of paper and other soft materials such as insulation batts. In some cases the rodents will make a burrow in soft soil near buildings and garbage disposal areas. Rats and mice also have proven to be excellent climbers, being able to ascend through walls, pipes, trees and vines, and walk across cables from one place to another. Rodents are mostly nocturnal and eat a wide variety of foods. Rats and mice also have a fear of new objects (Neophobia...didn't think you'd learn a new word didya??) and thus tend to use the same tracks again and again.

Teeth never stop growing and need to gnaw on things to keep their teeth from growing into their skull!

Are able to reproduce in as little as a few weeks after birth!

Are found from the shores of the Arctic Ocean to the hottest desert!

Silverfish are a primitive insect. Several species enter houses and infest areas where starchy materials such as paper, books and fabrics are stored. They also infest roof cavities. Generally they are found fallen into baths and sinks for they cannot climb smooth surfaces. They are covered with small scales and are somewhat flattened. They are a nocturnal creature, and can jump small distances and are extremely quick runners. In some areas they are kept as pets in jars and fed cornstarch.

Are sometimes considered living fossils and have been around long before the dinosaurs!

Are considered to be very primitive, perhaps the most primitive of living forms!

They shed their skins several times per year and can live up to 4 years! 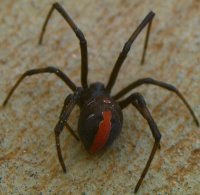 Most homes are visited by spiders, but unfortunately this usually ends with their death. Even when spiders are located in the garden, their role in the control of pests of plants is usually underestimated and seldom realised by homeowners. Because of their role in the control of other pests, they are a rarity and highly valuable in keeping your garden pest free. Most species of spider are at least mildly poisonous, but few are agressive and most are not considered dangerous. There are obvious exceptions to this of course. For example the male funnelweb and female redback are both highly toxic and very aggressive.

Did You Know That...

Some male spiders pluck their cobwebs like a guitar, to attract female spiders.

Spiders usually have eight eyes, but they can't see that well.

The European wasp was introduced into Australia apparently during the latter half of the twentieth century and is now a pest in most Australian states. They attack weak hives of honeybees affecting honey production. Unlike bees, wasps can sting several times when disturbed, particularly if this occurs in or near a nest. Their stings, particularly those from a whole swarm can require medical attention.

Did You Know That...

Wasps are an introduced species to Australia.

Q: How long does it take to do the treatment?

A: Anywhere from a few minutes to a few hours depending on the treatment we need to do.

Q: How does the treatment work?

A: Many of our treatments work both on contact with the pest and can kill it almost instantly, however most also have an ingested effect and continue working after we leave.

A: This will be discussed with you prior to any treatment being carried out.

Q: Is it safe for my family and/or pets?

A:  As a general rule, our treatments are safe for adults, however we do request that small or overly curious pets (little puppies or kittens that like to lick things) people with asthma, pregnant or nursing mothers may be asked to leave the home for 4 to 8 hours depending on the pests treated.

Q: What happens after you leave?

A: That is a case by case scenario. Depending on the treatment, we will inform you what you will need to do afterwards.

Q: What preparations do I need to make before you come?

A: Generally you do not need to do anything, although if special treatment are required we will advise you what you need to do.

Q: There is a spider that I am worried about. Is it dangerous?

A: The following types are the most common dangerous varieties in Australia.